Close to the road leading to the heart of the capital Muscat stands the Sultan Qaboos Grand Mosque in Wilayat (district) Bawshar, like a radiant lighthouse attracting its visitors to interact with the spirit of Islam as a religion, science and civilisation. This mosque highlights its role as a scientific and intellectual source of knowledge across the Islamic world.

After having an architectural competition to select the best design for Sultan Qaboos Grand Mosque, construction took six years. The mosque’s total capacity is 20,000 worshipers, and it covers an estimated area of 416,000 square metres. The main square-shaped prayer room can accommodate 6,500 worshipers and has a central dome which rises 50 metres above the floor. The mosque’s distinctive minaret lends it its individual style. Connecting the top of the mosque’s walls and the internal courtyard is a bar inscribed with verses from the Koran in Thuluth script, with Islamic geometric frameworks filling the corridor archways. The names of Allah are inscribed in Diwani script on the corridors’ front walls.

The corridors seem like a secure wall surrounding the mosque’s building and meet through the five minarets that delineate the borders of the mosque’s location and symbolise the five pillars of Islam. The length of the north and south corridors is 240 metres each. These have been divided into halls, each containing a decoration from a specific Islamic culture. The northern and southern corridors constitute the boundary between the places of worship and the mosque’s other facilities. A canopy of domes resembling the domes of Bilad Bani Bu Ali mosque in A'Sharqiyah Region(Eastern Region) crowns the top of the corridors.

The walls of the south corridor constitute a visible screen that houses the mosque’s various facilities, including a library that contains 20,000 reference volumes in science, Islamic culture and humanity, in addition to the Institute of Islamic Sciences where young people learn the disciplines of religious knowledge, and a hall dedicated to meetings and seminars which accommodates three hundred people.

The interior walls of the mosque’s main hall are completely covered with white and dark grey marble. These are decorated with murals of leafy patterns and geometrical designs. The room has an open plan with four main pillars carrying the internal dome. A corridor extends along both the north and south walls and opens into the mosque hall with its adorned arches. The dome is made up of spherical triangles within a structure of sides and marble columns, crossed with pointed arches and decorated with porcelain panels. Timber panels stretch in a fashion that reflects the architectural development of Omani ceilings.

Inscribed on the doors are Islamic embellishments topped by Quranic verses in the Thuluth script, while other doors have stained glass panels to emphasise the harmony and unity of the space dedicated to prayer. The selection of artwork in the halls reflects the evolution and multiple forms of architectural decoration and the culture that has spread its rich patterns from Andalusia to China. Holy verses are inscribed 2 centimetres deep on stones in the outer areas, so they stay as long as the mosque remains standing, God willing.

The mosque’s prayer hall floor is topped with a single piece Persian carpet composed of 1,700 million knots which took about 27 months to make, covering an area of 4,200 square metres, and weighing 21 tons. 28 different colours made from plant or natural dyes, in varying gradations, are used in this carpet’s weave.

Non-Muslims are allowed to visit the mosque every day, except Friday, from 8:30 until 11:00 am. Visitors are asked to dress modestly and in a way befitting places of worship. Women are also required to cover their hair. 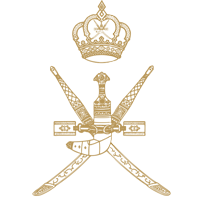